The CSS has been officially caving in the Canberra region and beyond since 1954, and its members have been involved in many explorations and discoveries at Bungonia, Wee Jasper, Cooleman, Yarrangobilly, and other local regions.

A flavour of those early, heady, days is given by this early edition of the club magazine 'The Very Latest'.

For the club's 40th anniversary, a special commemorative edition of 'The Very Latest' was issued which contains lots of interesting detail and funny stories related to the clubs early history.

The main aims of the Association are: 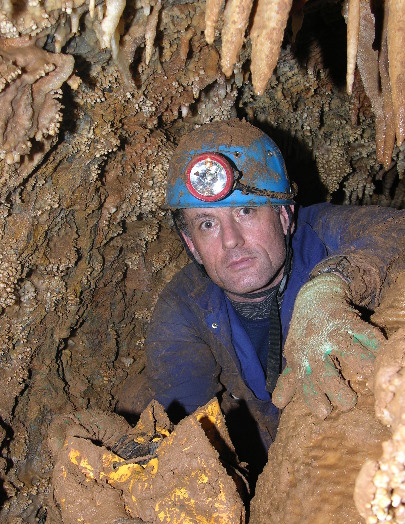 The CSS is a corporate member of the Australian Speleological Federation Inc. (ASF) which is part of the International Union of Speleology. As a member, CSS must adhere to the ASF code of ethics, risk management and cave safety standards. More information about these and other standards as well as other information relating to ASF can be found on the links page.

The CSS museum has a collection of old caving related equipment. A small selection of the objects held are listed below

A belaying device that can also be used for descending a single rope.

A camming device used for ascending a single rope.

A abseiling device used for descending a single rope.